We are very happy to have a guest appearance by Tad Robinson on our new 7″ vinyl! He’s one of the top artists on the American soul/blues scene with eight Blues Awards nominations since 2005. It’s a classic soul/R&B record with a big sound, and the other side features talented soul singer Kristina Talajic. The title of the release is “7 Inch – No. 1”, and it’s also released digitally on August 25.

This is a teaser from the upcoming album “Volume 5” by Big Band Splash (release September 22). It’s actually my fifth release as a big band leader/arranger/producer, but as you might know we used different names on the band. The first two albums with JNBBS were intentionally very diverse in style, but I later decided to let BBS develop into a soul/R&B orchestra and in parallel introduce the name Jakob Norgren Jazz Orchestra for performance of my contemporary jazz compositions. Almost the same members, but no vocals, guitar and percussion in JNJO. 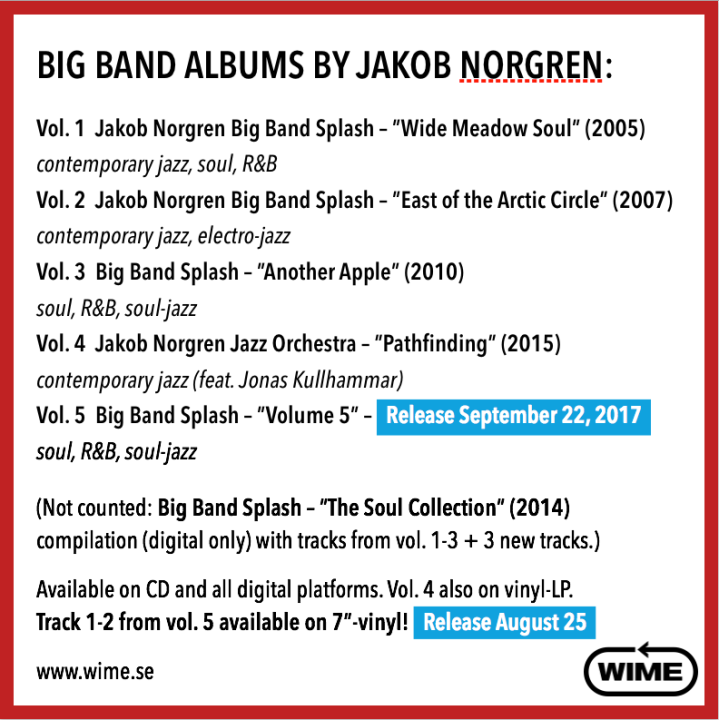